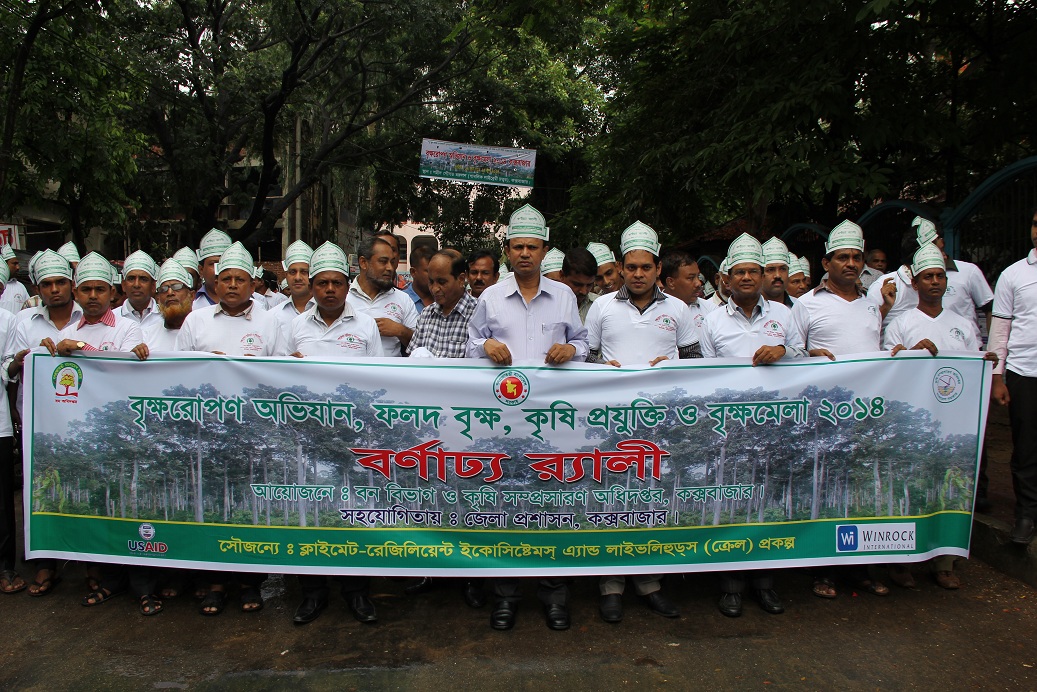 From 19th to 25th June, a week long Tree & Fruit Fair’2014 was held in Cox’s Bazar. The fair was inaugurated by the of DC, Cox’s Bazar on 19th June with approximately 500 visitors including VCF, CPG, Farmers, Students, NGOs, journalists, Government Officials taking part in rally and discussion session.
This fair was organized by Department of Forest and Department of Agriculture jointly in collaboration with CREL project. The CREL team was thanked by the FD & DAE Officials for continuous support to organize the program successfully.